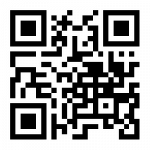 In the spring of 2016 I started playing minecraft on my old iPad, and found this wiki to be very useful for getting information related to my own experience playing minecraft pocket edition. After gaining some experience and spent some time playing it's now time to give back to the community.

Late 2016 I've also joined the Wikicraft server, and the Hüntar realm, and thusly broadening my experience with more variants related to Minecraft Bedrock. I thoroughly enjoy exploring and building within MCPE, and are not into roleplays or pvp's.

In 2018 I've used way too much energy on Discord guilds related to Minecraft, so much so that it's hurt my time available for playing the game and editing here. I've also grown really tired of all the non-minecraft related traffic on this Wiki.

Here are some of my larger initiatives on this Wiki, organized by the status of the initiatives. See also my backlog and completed initiatives.

I've written a few articles, some blogs posts and some sub pages. Currently the list consists of:

Retrieved from "https://minecraftbedrock.fandom.com/wiki/User:Holroy?oldid=381667"
Community content is available under CC-BY-SA unless otherwise noted.