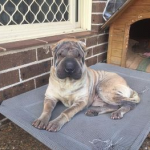 751 Edits since joining this wiki
March 11, 2017
Hey welcome to my wall. This is like my twitter page (cuz my twitter account stopped working and it's for the wiki) I really would like questions and I will awnser them. Remember, no spamming or I will tell an admin.